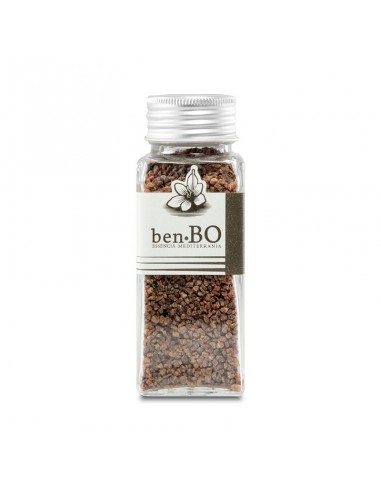 Salts of the World

A179
€3.00
The Himalayan Pink Salt comes from the Khewra mines. This pink salt is rich in iron to which it owes its special color. Thanks to the granulated texture of the Himalayan Rose Salt we can use it in a habitual way for the accomplishment of both stews and roasts, baked and raw. Together with Himalayan Fine Salt, it is the ideal substitute for Common Salt or...
Glass jar Mini glass jar Grinder 10g
€2.75
The Oregano of benBO is a first class oregano selecting the best and most natural of the options. It is a plant called Labiadas which is used as a condiment in our kitchen and in many other parts of the world. Its use is possible in both fresh and dry leaves, although in Mediterranean cuisine its use in dry leaves as a spice stands out, bringing an... 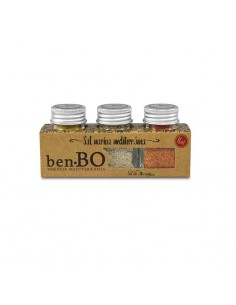 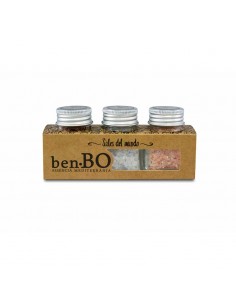 20g
€2.30
Basil is an aromatic broad-leaved, green herbaceous plant. Its use in the kitchen is very widespread throughout the world and it stands out in the Mediterranean thanks to Italy, a country that makes basil an indispensable condiment in its recipes. Its use in cooked and raw recipes gives the dishes a Mediterranean touch with an incomparable freshness.
Tap to zoom