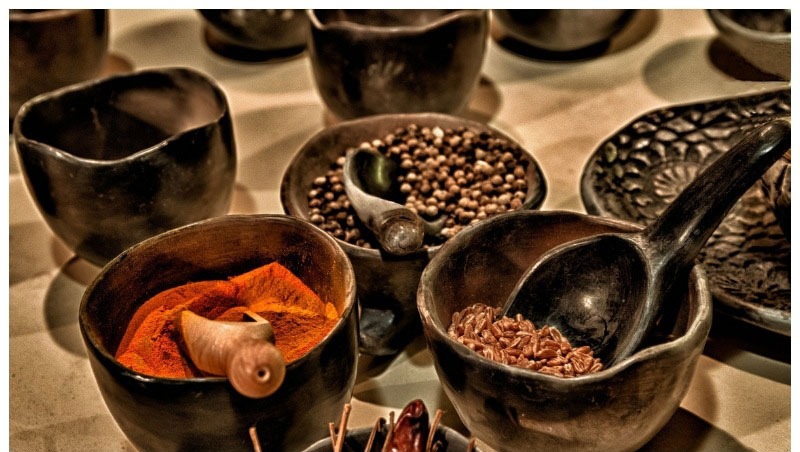 Despite its name, Sichuan's black pepper is an infiltrated part of the pepper family. In fact, experts relate it to citrus more than to pepper. Although it is true that its high content in piperine and capsaicin -which is what gives it that spicy touch- can make us think otherwise.

In fact, Sichuan black pepper is the berry of the thorny ash, a tree native to China that, as its name suggests, grows in the Sichuan region.

Those who try it describe its taste as a tingling sensation and even a certain numbness in the tongue. Some even claim to perceive a slight electric current. Behind this picture of extravagant sensations we find a substance called sanshool. In addition, it has an aftertaste of wood and lemon that baffles more than one diner. In short, Sichuan black pepper is a mischievous product that loves to make tasty devilish while, by the way, it nourishes us. Not in vain, it has abundant vitamin A, carotene or thiamine, as well as minerals such as iron, phosphorus or zinc.

This spice is perfect for finishing off all kinds of dishes such as chicken, duck, pork, fish, vegetables, broths or pasta. The truth is that some consider it an excellent flavor enhancer.

And the five Chinese spices together do gastronomic wonders

Since we don't want to offend the rest of the members of such an excellent group of Chinese spices, let's also talk about the singular effect caused by this mixture of portentous Chinese spices that - let's not forget - is composed of Sichuan black pepper, but also of cinnamon, star anise, cloves and fennel seeds.

Yes, because all of them have a purpose: to provide five flavours such as sweet, salty, acid, bitter and spicy. Is the work of an ancient oriental Ferran Adrià determined to impress with something great in the world of cooking or simply a delicious coincidence? The origin of this incredible symbiosis of spices that embody the Chinese philosophy of yin and yang is unknown. According to this belief, the opposing forces balance the world by stimulating movement and progress. This complex amalgam gives us an extremely interesting product in the world of cooking.

In short, tasting a dish seasoned (especially meats) with these five Chinese spices is a jungle of flavors that your adventurous palate will not want to miss.