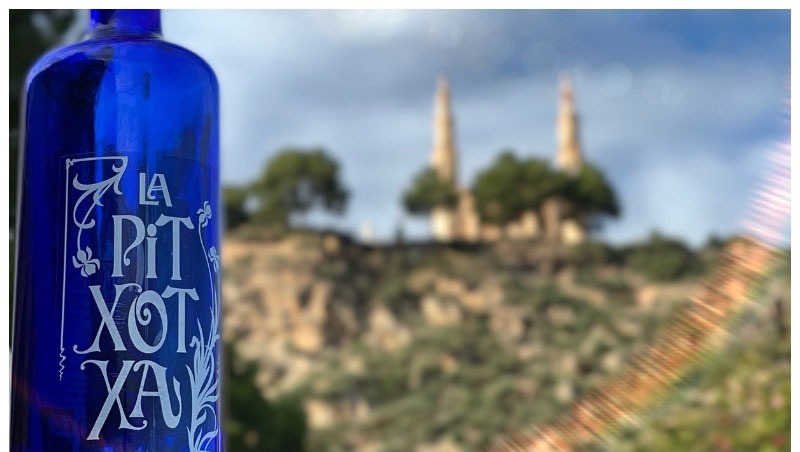 What this great businesswoman did was not turkey snot, as Antonia Navarro (1846-1921) was the woman who was nicknamed in times like "La Pitxotxa" and after the deaths of the men in her family, including her father and husband, became the heiress of a fortune that prospered by displaying an unusual feminine talent for business.

It is not necessary to remember that the women who managed the family fortune and who, moreover, were able to enlarge it a little more were not abundant in those years, but were rare avis that we still admire today.

Together with their daughters they conformed a matriarchy in all rule always avid of European culture thanks to their trips by flourishing capitals like Barcelona, San Sebastián, Vienna, Paris, Berlin, Florence... Part of the beauty interview in their trips they wanted it for their home. Thus, this lady, who was above all a lover of art with an exceptional eye, commissioned a small modernist palace in Novelda to the architect Pedro Cerdán Martínez (1863-1947), author of the Casino de Murcia, among others.

Today this jewel has become the local pride and is known as the Casa Museo Modernista. It is a monument that is praised daily by countless tourists who are surprised both by the modernism of its walls and by the incredible female character who made it possible.

A young white wine from Alicante that already has a prize

But it seems that La Pitxotxa lacked a good wine to drink to her life and to the health of all those tenacious women who have preceded us and to all those who will come. And what better way than through a white wine, stylish, served in a flirty blue bottle, as this color is considered one of the most important of the modernist movement. Blue is also the colour of the fleur de lis that is planted to invoke the Greek goddess Iris, protector of women, to whom Antonia Navarro showed so much devotion and which can be seen in the murals of her old home.

This wine is made in a winery in Monóvar with a great family tradition: Bodegas Ortigosa. Muscat of Alexandria and Macabeo blanc varieties have been used for its production. In this way we obtain a white wine, young and fruity but without excessive sweetness.

In addition, it seems that "La Pitxotxa" has debuted successfully among the most knowledgeable palates. Specifically, it has won a bronze medal in the First Edition of the ASPA Awards given by the Association of Sommeliers of the Province of Alicante. It seems that we have more than enough reasons to continue toasting for women.