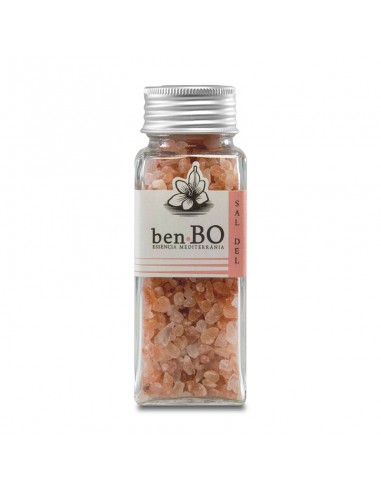 Himalayan Rock Salt is one of the varieties of Himalayan Pink Salt that we can find. Himalayan Salt Rock is rich in iron to which it owes its special pink color. Thanks to the thickness of the Rock of Salt is the ideal salt for use in grilled meats, grilled vegetables and all types of dishes cooked in the oven.

The Himalayan Pink Rock Salt comes from the Khewra mines and has been formed for thousands of years due to atmospheric pressure in combination with the area in which it is located.

Himalayan Pink Rock Salt is a coarse, pink and very pretty salt. It is also called a gem or salt diamond. It is very rich in iron to which it owes its special pink color. The Pink Salt of the Himalayas we can use it in a habitual way for the accomplishment as much of stews as of roasts, baked and raw. At the moment it is replacing in the kitchen to the common Salt or "Sal de mesa", to be more natural and healthy.

Himalayan Rock Salt is rich in minerals such as iron, calcium and potassium. Its taste is particular with a subtle touch of bitterness; it is a pure, dry and not iodized salt that in its right measure is necessary for the human organism.